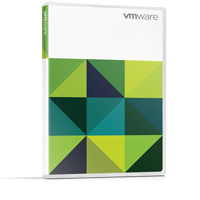 Sorry, this product is no longer available. Please Contact Us for a replacement.

Q. What is VMware vSphere Desktop?

A. VMware vSphere Desktop is a new edition of vSphere for deploying desktop virtualization. It provides the full range of features and functionalities of the vSphere Enterprise Plus edition allowing you to achieve scalability, high availability and optimal performance for all of your desktop workloads.

vSphere Desktop can be used only for hosting a VDI environment.

Q. What are the benefits of vSphere Desktop?

A. vSphere Desktop provides the full range of features and functionalities of vSphere Enterprise Plus, offering reliability, scalability and optimal performance for all your enterprise desktop workloads. vSphere Desktop is already included as part of all VMware Horizon View bundle SKUs.

Q. Which customers are eligible for vSphere Desktop?

A. vSphere Desktop is available to all commercial, academic, and government customers who want to purchase new licenses of vSphere to host desktop virtualization.

Q. Is there a detailed SKU list associated with vSphere Desktop?

Q: What is included in the vSphere Desktop edition?

A. vSphere Desktop delivers the full range of vSphere 5 Enterprise Plus features for desktop workloads.

Q. Are there any restrictions with vSphere Desktop?

A. vSphere Desktop can be used only to host a desktop virtualization environment or desktop management and monitoring tools. You can use vSphere Desktop for desktop management and monitoring tools in a VDI environment only. Desktop licenses covered by this provision, however, may not be managed by the same instance of vCenter which is being used to manage non-desktop OS virtual machines.

Q. I have spare vSphere Enterprise Plus licenses. Can I use them for desktop virtualization?

A. Yes, customers with spare vSphere licenses from past purchases can use it to host a VDI environment. Desktop licenses covered by this provision, however, may not be managed by the same instance of vCenter which is being used to manage non-desktop OS virtual machines.

Q. Can I downgrade to vSphere 4 desktop until my 3rd party vendor supports vSphere 5?

Q. Do I need a separate vCenter Server for my VDI hosts?

A. Yes, like Horizon View Deployments on vSphere 4.x you will need a separate vCenter Server for your VDI hosts. vCenter is not included in vSphere Desktop.

Q. What Support and Subscription (SnS) is included as part of this offer?

A. VMware requires Basic (12x5) and Production (24x7) Support for vSphere Desktop. In addition, customers can purchase Business Critical Support to complement Production Support. VMware’s Business Critical Support offers access to a dedicated account team who will build and maintain a profile of your installation and provide regular account reviews. VMware’s Professional Services Organization is also available for consultations or to deploy vSphere Desktop in your organization.

Q. Who can I contact if I have questions?